A waitress is living alone in an Oklahoma motel room. One day her friend introduces her to a drifter. They get along so she invites him to sleep on the floor. Slowly, they develop a relationship and get to know each other. One night, the man exclaims that he has been bitten by a bug. He kicks her out of the bed as he very carefully searches everywhere for bugs. Later on he tells her that the bugs are in his blood and that he is infected. The drama builds from there.

(Trailer from the 2006 film adaptation)

The first half of the play is a slow build. And then in the second half, things really pick up as they dive into conspiracy theories. This is truly live theatre at it’s best. The acting and production are at such a high level that the audience completely loses themselves in the story. It is very cinematic and it’s no surprise that they made it into a movie in 2006.

Carrie Coon (Mary Page Marlowe, The Leftovers) is fantastic as the waitress. She completely becomes this lonely character searching for connection. Namir Smallwood (True West, BLKS) is superb as the drifter. He expertly transforms from mostly normal to a paranoid schizophrenic. Randall Arney, Jennifer Engstrom, and Steve Key are all great in their supporting roles. Tracy Letts (The Minutes, Linda Vista, Mary Page Marlowe) is a master writer. Every play he writes is a must see. He wrote this one in 1995 and it still feel completely fresh.

Get tickets now for Bug through March 15th!

Rating Scale: Exceptional Value > Worth It > Half Price > Go for Free > Don’t Bother 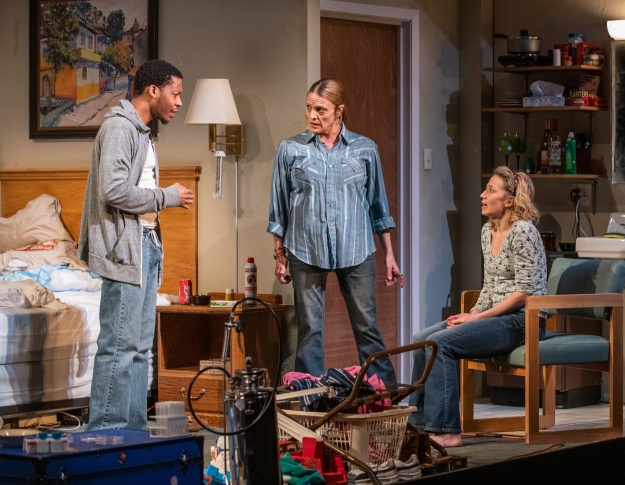 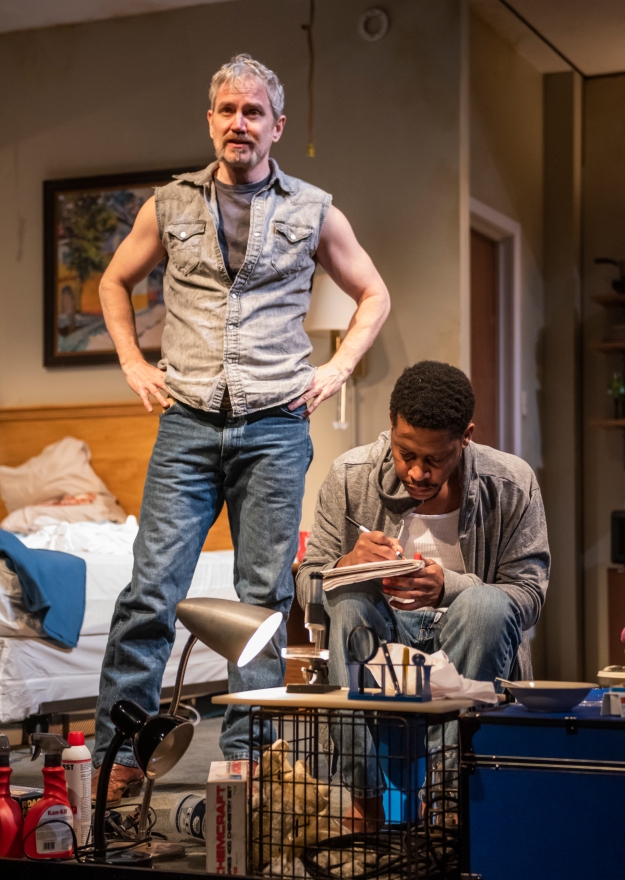